FREE SHIPPING on orders with 2 items or more. 🚛
Collections 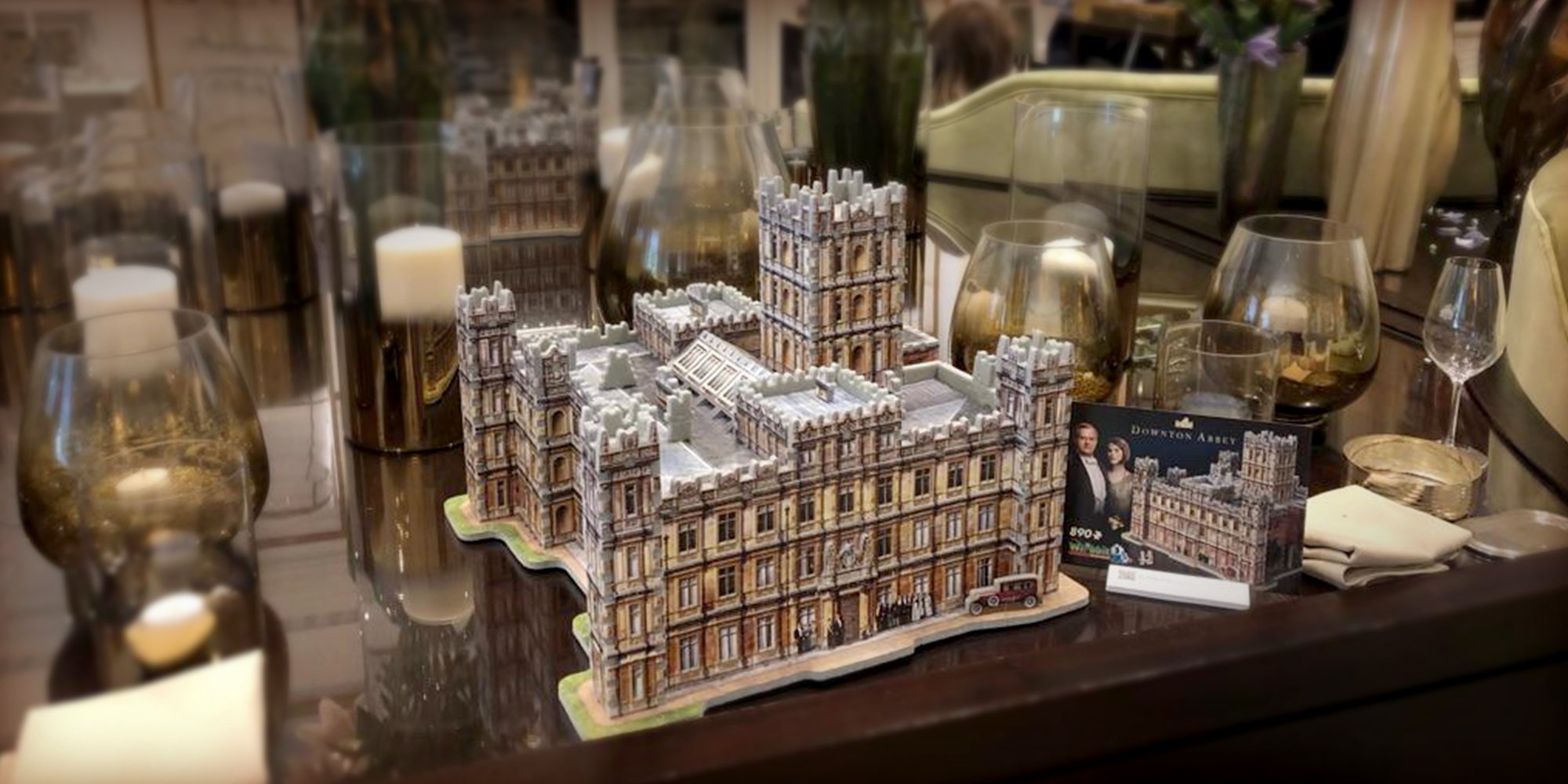 Downton Abbey : We’ve been expecting you

Welcome to Downton Abbey, a place where the lives of the aristocratic parallel those of domestic servants, proving that anything can happen.

This period-drama set at a real life castle, its proper name Highclere Castle, to worldwide fans simply Downton Abbey, charmed millions during six pillar seasons. With tireless followers asking for more, it made perfect sense for the iconic drama to pick up where it left off and make its debut on the silver screen as a major motion picture. How could we not want to replicate a return to the Abbey when so many loyal fans wish to be standing at the front door of this golden 18th Century masterpiece?

What started as the mirrored design from the beloved series, has now taken on new heights amid all the buzz surrounding the theatrical release. As the Crawley family take their seats at the famous dining room table and faithful butlers and servants assume their roles, we have taken our place too so to speak! Even Lord Grantham (Hugh Bonneville) and Lady Edith (Laura Carmichael) seem to approve!

All around the globe, events were planned leading up to the release of the movie and showcased die-hard fans’ knowledge of the Crawley family and of course Downton. In Montréal, the Fairmont Queen Elizabeth Hotel held afternoon teas à la Downton Abbey complete with a Quiz Night for fans to dress up in their best period attire and get the chance to win our 890 piece 3D jigsaw puzzle replica of Downton Abbey and bring a little piece of magic back home.

Fans weren’t the only ones to get an exclusive and immersive experience prior to the release. In Germany, the press junket was held in a magnificent location worthy of Downton Abbey itself. Before their interviews with cast members, journalists could experience first-hand grandiose decors mimicking noble’s quarters in the press rooms.

On opening night, several theatres around the globe added a special flair to opening night by inviting fans to show up dressed as a favourite character and to recreate the debonair Downton Abbey! We wonder how many Mr. Carsons were present vis-a vis Lord Granthams…

A few days after a tremendous box office performance (with whispers and rumours of a sequel already in the air), a special charity auction held on Ebay UK had Hugh Bonneville (Lord Grantham) showcasing our 3D puzzle with his autograph and those of Allen Leech (Tom Branson), Phyllis Logan (Mrs Hughes), Michael Fox (Andrew Parker) on the box for a lucky bidder to win.

For three full months, from the ramping up of anticipation around the release of the movie up to its worldwide acclaimed box office success, the Walkers Shortbread Cookies company, in conjunction with Focus Features, held a sweepstakes featuring our Downton Abbey 3D puzzle as one of the prizes.

Even though the fans will have to wait to find out if the rumours of an upcoming sequel to the movie are confirmed, they can still rekindle a Downton Christmas tradition. The Biltmore Estate in Asheville, NC is hosting the Downton Abbey Exhibit throughout the holiday period (up until early April 2020), allowing fans an exclusive behind the scenes peek of life at the Abbey, complete with costumes and props. …and yes, our version of Downton Abbey is among gift shop finds!

We will have to agree that aristocracy can still hold a small place in our world….at least in 3D jigsaw puzzle form! Bring Downton home and experience it with your own beloved family and friends!