Free shipping on orders with 2 items or more.
Collections 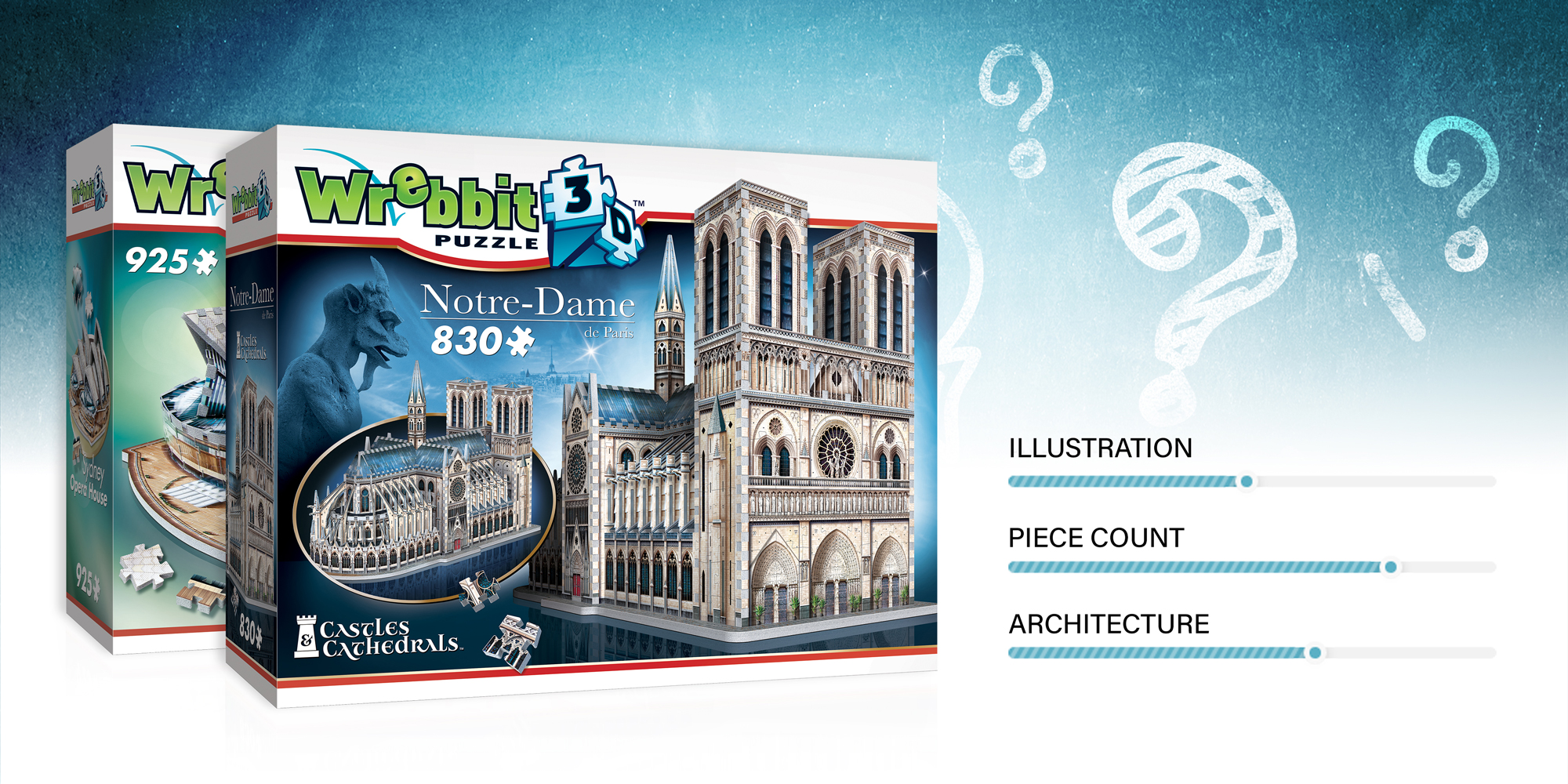 If you’re wondering how hard it is to assemble a 3D jigsaw puzzle, well, it’s not that hard. In fact, if you are already familiar with 2D jigsaw puzzles, you will notice a lot of similarities between both types of puzzles. If you have assembled at least one jigsaw puzzle in your life, you are treading through known territory during the sorting and assembling phases. For a 3D jigsaw puzzle, you’ll have to add another step, Go 3D. If you would like to learn more about these steps, check out our article on What is a Wrebbit 3D Jigsaw Puzzle and How to Assemble.

However, if you are wondering how hard a specific model is, well, it’s a bit more complicated. Why? Well, several different aspects can influence the final difficulty level. Let’s look into them together to get a better understanding.

The number of pieces in a puzzle, widely known as piece count, has been the most fundamental way to categorize the challenge rating of a puzzle. The more pieces you have, the more challenging it is. As simple as that, right? Well, not exactly. More jigsaw pieces require more time to puzzle, but that doesn’t necessarily mean it’s harder. There are other important factors to consider: colours, illustrative details and the architecture of the 3D puzzle. 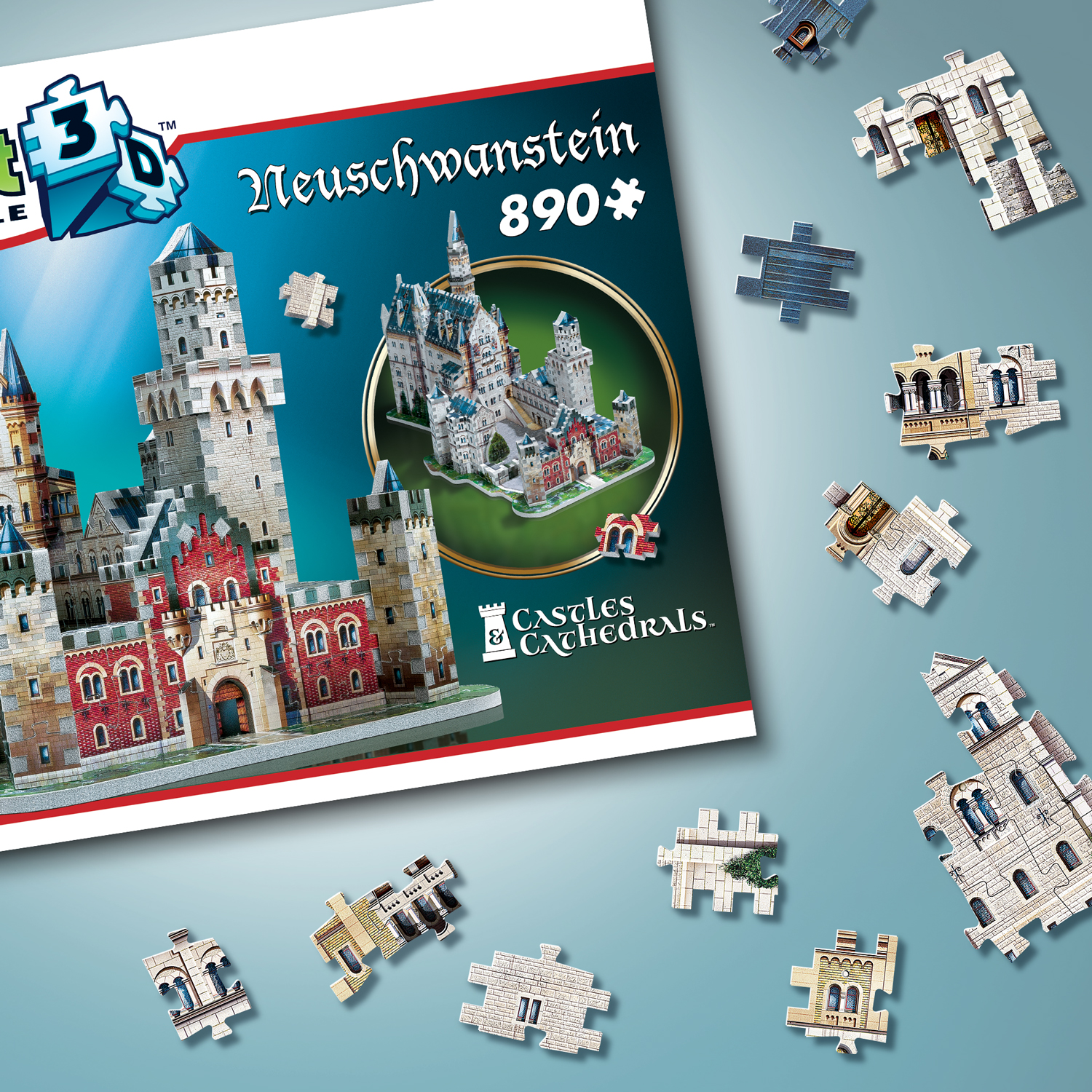 The details on the illustrations are specific to the image, which helps in classifying the parts. It could consist of different shapes of windows, doors as well as types of surfaces (brick, rock, tile ) and distinctive elements, for example, frames or wall graffiti. The more details in the illustrations, the easier it will be to find your way around the puzzle. So, whether you are puzzling the Empire State Building or Notre-Dame de Paris, the challenge will be completely different. One is made out of almost identical windows and bricks while the other has a wide range of details (stained-glass windows, archways, columns) which facilitates sorting.

The colours of the 3D puzzle, combined with details of the illustrations impact the level of difficulty versus the puzzle piece count. For example, models such as the White House and Diagon Alley which have 490 pieces and 450 pieces may look similar. However, one is made up of all white bricks and blue windows, requiring a little more patience when assembling; whereas a model like Diagon Alley with its multiple colours and details may seem easier.

Nevertheless, the fact that some structures or buildings have an overall likeness by nature doesn’t mean that they are impossible to puzzle. Far from that. Be methodical, develop the best sorting etiquette possible and you’ll be able to bring the challenge down a notch, dividing the task at hand into bite-sized projects.

Finally, the architecture of the puzzle plays a role as well in its general complexity, specifically when it comes to building in 3D. Puzzles with straight lines and a general cubic form will be easier to erect whereas buildings with an intricate design made of multiple towers, odd annexes and shapes will be more challenging.

As you can see, these particularities are all inter-woven and will influence in some way the final difficulty level of a 3D jigsaw puzzle. It means that a 280-piece purple bus might be more challenging to puzzle than a 440-piece famous New York coffee shop. And a 975-piece skyscraper could be the hardest thing you’ve ever puzzled compared to the 130 pieces of a flying blue car.

Now, if we were to take all these parameters, create a point system for each aspect and end up with a difficulty level, it still wouldn’t be accurate and valuable. Why? Because we just can’t factor in the most crucial element: personal skills. Observation, keen eye, methodology, fine motor skills, dexterity… these are just a few elements that can influence the perception or level of challenge for every single puzzler.

That being said, you will still be able to use what you’ve learned here as a guide when selecting your next 3D puzzle project. How many pieces are there? What can the pictures reveal about the colour scheme or complexity of the 3D design? What personal skills can you take advantage of to help you puzzle? With that, you’ll be able to create your very own puzzler profile and make enlightened choices tailored to you. And don’t forget: you can always tweak the challenge level by using the helpful resources we are providing such as coloured instructions, videos and in-depth articles like this one 😉 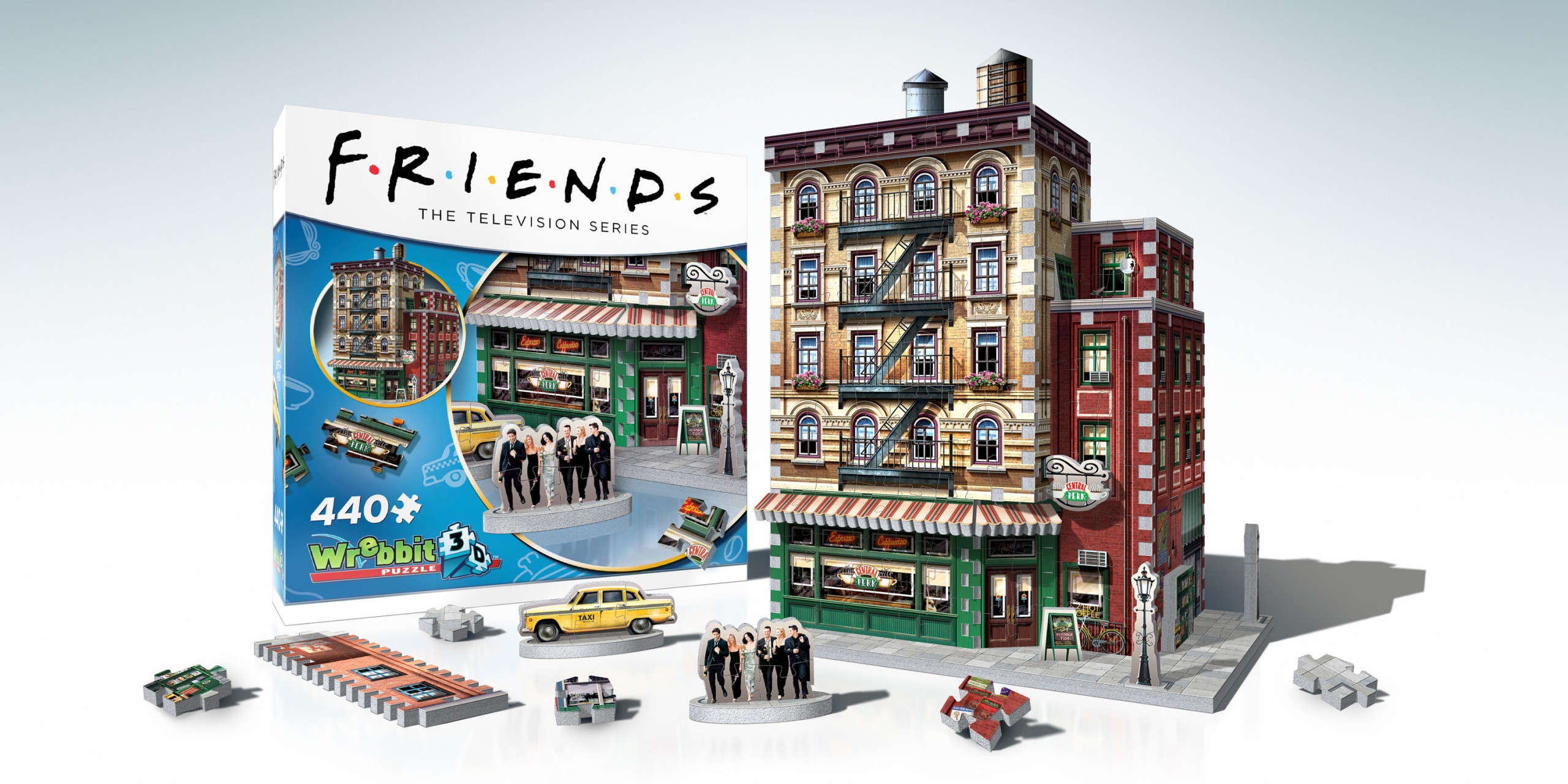 Sometimes TV shows can have a big impact on our lives. Saying that about the hit TV series Friends feels like a huge understatement. There was something about that mix of writers, cast and crew that created something deeply compelling and truly special embraced by millions of viewers around the world since it first aired. Us included. That’s why we were driven and inspired by the same fondness so many passionate fans share to create a quality piece of memorabilia to keep your “Friends” close.

Reminisce about the best moments from Friends as you assemble this 3D jigsaw puzzle thanks to multiple references we’ve hidden here. Do you think you will be able to identify them all? Be warned that smirks and smiles may occur as you discover them one by one. Take your time and revisit this iconic establishment that feels like a second home, even an extended family for so many of us. Create your very Friends special episode: The One With The 3D Jigsaw Puzzle. A splendid addition to every Friends fan’s collection.